An Eye Opening Experience to the Refugee Journey

At the border our supplies were taken by border guards to gain access. Other families were turned away to find better resources to bribe the guards. We were relieved once we were across, but really the work was just beginning... 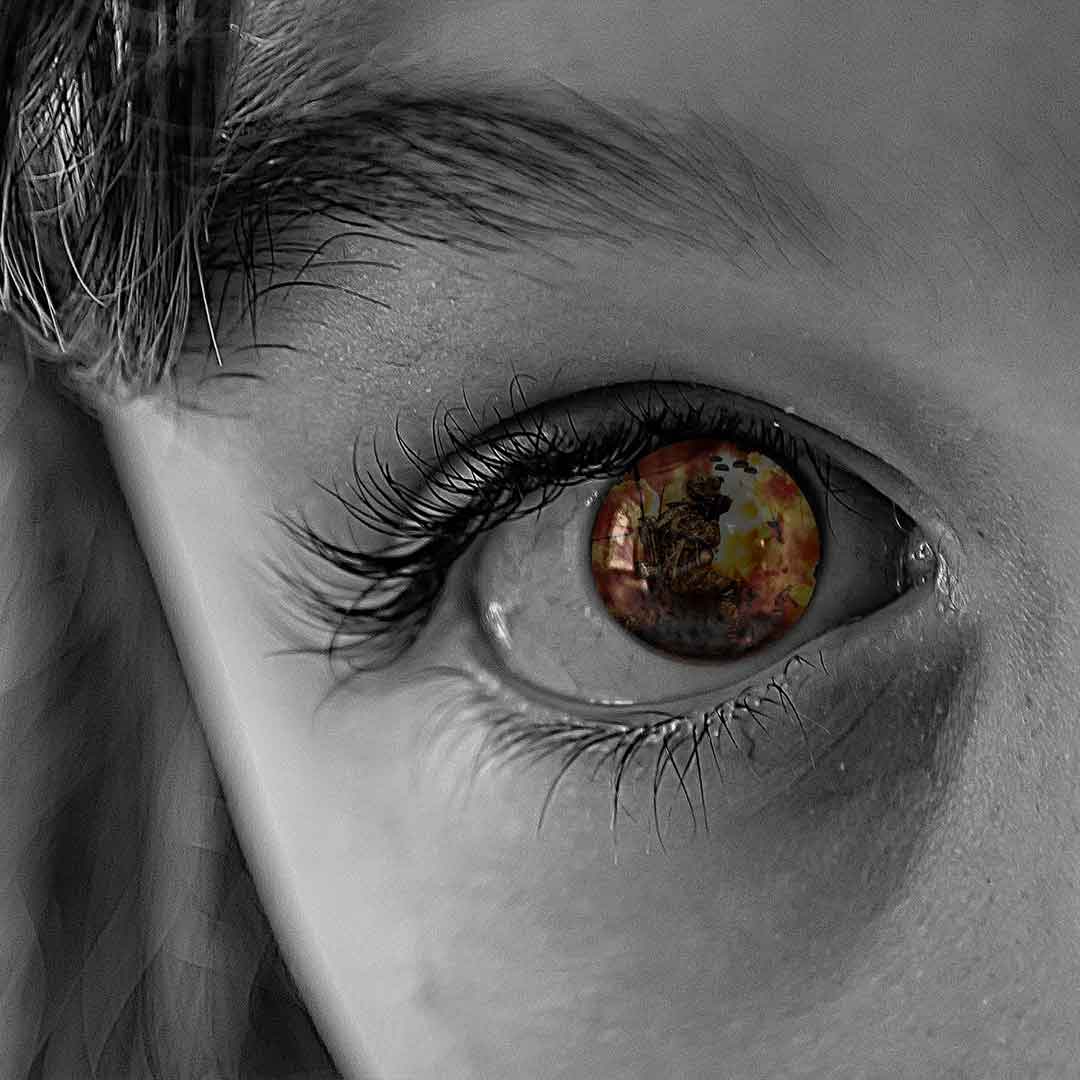 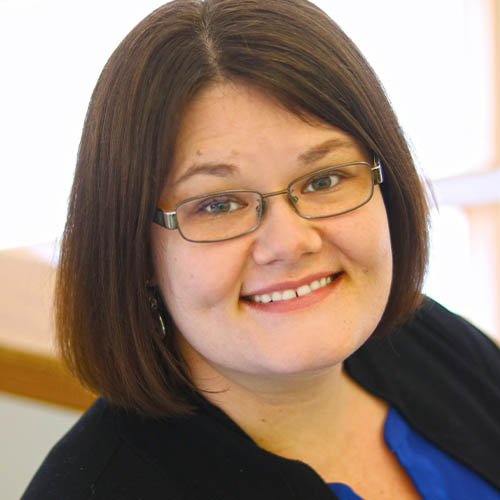 Amy is our patient advocate at His Hands Free Clinic. She loves serving the community through her work at the clinic.

Earlier this fall, a local non-profit put on a refugee simulation. We see people from all over the world at our clinic, so I thought that it would be valuable for me to go.

Excuse me, have you seen my family?

As participants filed into the room, we were each given a strip of cloth of a certain color. We were to find the other three members of our “family,” who would have the same color cloth as we did. After a few minutes of visiting, participants were instructed to spread out throughout the room. Then we put those strips of cloth over our eyes and could no longer see. The simulation began.

The blindfold represented the lack of sight due to smoke from bombs and gunfire. An attack was suddenly taking place on our community. We had to escape to survive. Our task (while blindfolded as the smoke from attack was still too thick to see) was to find our other members of the family, pick up a resource card (representing basic supplies one might grab while fleeing) for each person, and head towards the border. All the while, people were getting additional cards such as being shot, getting sick from smoke inhalation, and other challenges.

The struggle has only begun

My family and I finally found one another after what felt like hours (but was just minutes). At the border our supplies were taken by border guards to gain access. Other families were turned away to find better resources to bribe the guards. We were relieved once we were across, but really the work was just beginning…

We were handed paperwork in another language to fill out. They would only speak to us in this other language. Thankfully, I got in the line that was the Spanish paperwork, and I had just enough from my schooling to complete the form and discussion. The other line was in Chinese. I would have had no capabilities at all had I ended up in that line. This showed us how difficult the forms are as a person doesn’t have time to learn English when fleeing a life and death situation.

No place to call home

After the initial paperwork, we had other stops such as nutrition and education. We had to all learn as a family six words in Swahili and be tested on them. My sister was shot and limped from station to station. At one point I asked a guard a simple question and was put in detention for speaking out of turn. Other times people were put there for suspected forged paperwork or other random reasons. We really were at the complete mercy of the people behind the tables. We had no power or control to advance forward.

The goal was to be approved for admittance into the US by the end of the simulation. Unfortunately, the leader of my family left one document at the first station. We were not allowed to get it back. It kept us permanently from entry. We were stuck. We couldn’t go back home, and we couldn’t enter.

It takes years to find safety

I started the simulation knowing that it would be challenging, but I had no idea how difficult it would be. My family started out hopeful that we would soon be across, but one challenge after another left us defeated and feeling desperate by the end. The leader of my family actually tried to steal some paperwork from another participant once she realized that she had left the paperwork at the first station and entry would be impossible for us.

My family was physically and emotionally tired by the end of the two hour simulation. In reality, this process we simulated averages ten years to complete.

Afterwards, we had a valuable community discussion. I think that each of our eyes were opened a bit more to the challenges refugees face as they seek safety for their families. As my “sister” was limping around from a gunshot wound, there was no time or resources to do more than wrap her wound. We had to keep moving forward if we wanted to reach safety.

Having children of my own, I just kept thinking, what it would feel like to bring your children through a traumatic experience like that? To not be able to provide shelter, safety, food and medical care for the ones that we love most. It was heartbreaking to think about.

A strength we can only imagine

Our community is rich with other cultures and individuals who have persevered and overcome circumstances my mind cannot fathom. One of my favorite parts of my job at the clinic is that I show up to work each day and meet people from around the world, many of them refugees. My life has been enriched by hearing the stories of peoples’ journeys to the US. And I have been reminded that while our government is far from perfect, we have so much to be thankful for with the rights and protections we have here.

I had no control or say in the location my mom gave birth to me. She had me here in Iowa, and my US citizenship was granted at birth. Others had no say in where their mothers gave birth. Some just happened to be born in places that were not safe or lacked basic resources for survival. Their journey to legally enter our country, and perhaps later become a citizen, has taken years filled with lots of paperwork and legal fees, let alone tumultuous travel and waiting.

I am thankful to raise my children in a place where they have access to medical care, and where I can work to earn a living able to provide for their basic needs. This is a simple statement, but it is something that I once took for granted. I no longer do, after the many conversations I have had with those from around the world who remind me to be grateful for those basic liberties. 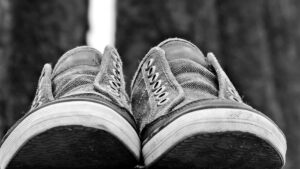 Step Into My Shoes

There are a myriad of challenges and experiences our patients have faced that I never will. I will never know what it is like to be held at gunpoint in an attempt to get me to join a guerrilla army on my way to school in the morning. 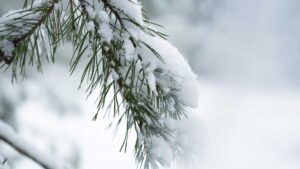 November is a time of year where we often take time to be thankful for all the blessings in our lives. Now that the Christmas season is upon us, we can still practice gratitude. We should remember to be thankful all year long.

Read More »
November 30, 2022
"Too good to be true! I took my Dad to see you after he lost his insurance. From reception to the doctor's visit, we were deeply touched by their care and service. I have not received this type of service in a long time! Thank you His Hands Free Clinic!"
—Cresca
"I am so grateful for the time and care you gave me. You are beautiful people doing an amazing thing for the community."
—Denise
"The services provided by your organization are valuable and necessary in our present day circumstances. Your organization has helped so many people."
—Bart
"I'm so thankful for His Hands. When I was going through my cancer battle, one of your staff asked if she could pray for me. There was never a time that she did not show concern. I am very grateful for His Hands."
—Cora
"My experience there was a welcome, wonderful surprise. I had put off making an appointment because I am not used to asking for help. You were kind and professional. I appreciate the support I was given an can't thank you enough."
—Alisa
"My mom recently started coming to your clinic. After her first time, she was in tears saying how loved and welcomed she felt by your staff and services. It has been a battle for her to feel connected. Thank you so much for loving her during her appointments."
—Tess
"What I love about His hands is they put God first in everything they do, show you love no matter who you are, treat you with respect, protect your privacy, do their best to help you medically and are so nice and friendly that you always want to go to your appointment."
—George
"A wonderful place with a very caring, knowledgeable, and friendly staff. Everyone seems to be treated equally. This is a community treasure."
—Andy
"What I love about His Hands is the caring staff and the attention I need to stay health. I would be lost and in pain without His Hands. Thank you so very much for all you do."
—Ben
"What I love about His Hands is they all have good listening skills. The doctors and personnel are very friendly and helpful and caring. Location, location, location! They are on a bus route! I also like the hours they offer and their friendly atmosphere."
—Carol

His Hands Free Clinic is proud to be an official AmeriCorps site.

Sign up to receive updates from His Hands and our work in our the community!

Check the boxes next to the information you would like to receive in your email inbox.